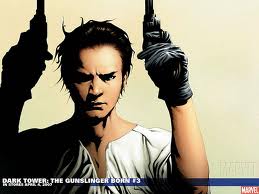 How Should I Deal With Gunners?

During one of the first anatomy labs in medical school, I was approached by the professor. After he examined our dissection of the abdominal cavity, he reached his gloved hand deep into the cadaver and spoke to me for the very first time as he pointed at a blood vessel. “Sara,” he said, “can you tell me the name of this artery?”

I was pleased because I knew this one. I opened my mouth to answer the question, but before I could get a word out, my lab partner piped up, “The gastroepiploic artery.”

I was shocked. The professor had clearly addressed the question to me. He used my name and he was looking right at me. There was no way that could have been misunderstood. Why would my lab partner yell out the answer to a question that was obviously not directed at her before I even had a chance to speak up?

It turned out that this was my first experience with a “gunner.”

The definition of “gunner” varies depending on who you talk to, but it generally refers to an especially competitive medical student. Every medical school class has at least 1 gunner, and usually many more than that. Some people use the term to refer to students who study much more than average and are especially concerned with grades. However, the term may also be used to refer to medical students who exhibit behavior that is either borderline unethical or even blatant cheating.

Gunner behavior in the preclinical years that is borderline unethical includes (to name a few) hoarding study materials, making comments in front of professors that are meant to make the gunner look smarter and other classmates look unprepared, and dominating small group discussions. More malignant gunner behavior includes ripping pages out of textbooks in the library, sending out erroneous study materials to the class, or even cheating on examinations.

As a medical student, you will almost certainly encounter a gunner classmate at some point. (If you don’t, the gunner might be you!) Many specialties have become very competitive, which puts pressure on students who want to match in these specialties to be at the top of the class. If a gunner is making you feel unprepared or making it difficult for you to learn, the easiest approach is to avoid him or her in an academic setting. If you have a study group, make sure it only includes classmates who are conducive to your learning, rather than people who are trying to top you or make you feel insecure. Just because a classmate is your friend, that doesn’t obligate you to study with that person as well.

Another strategy is to set a good example. If you share your study materials with the class, it will encourage others to do the same. This is a subtle way to let gunners know that information should not be hoarded, and it is best for everyone to learn the material.

If a gunner is making class very unpleasant by dominating the lecturers’ time, and the subtle hints aren’t working, the only option might be to approach him or her and explain your concerns. Most students don’t want to be perceived as gunners, so pointing this out to the student might make him or her change. When you speak to your classmate, be nice and respectful when you address this issue — after all, this is someone you’re going to be working with for the next several years and you don’t want to make an enemy.

Finally, if the gunner is outright cheating, it is your responsibility to report this to the appropriate authorities.

Unfortunately, during the clinical years, gunner behavior often escalates, because grades are largely based on evaluations from the attending physicians who are observing you. A gunner may try to be the first person at work every day and the last to leave. He or she may try to leap in and do every available procedure or surgery, even on a patient who belongs to another student. I’ve heard of students who looked up the laboratory results on their co-student’s patients to be ready if the other student dropped the ball.

The best thing you can do in that situation is try to ignore the gunner’s behavior and do the best job you can on your own patients. If you are very diligent and knowledgeable, that will be apparent to your attendings and residents. However, if the gunner’s behavior is very disruptive, the best recourse may be to confront him or her.

Keep in mind that all attendings and residents were once medical students, and they’re often able to recognize gunner behavior. Although the gunner may impress some attendings, others will be turned off by attempts at showing off. You may be gratified to discover that your attending dislikes your gunner co-student as much as you do.

Although gunners are a common occurrence in medical school, there’s no reason for them to make your life miserable unless you let them. Work hard and learn as much as you can and take gunners for what they are: harmless distractions.